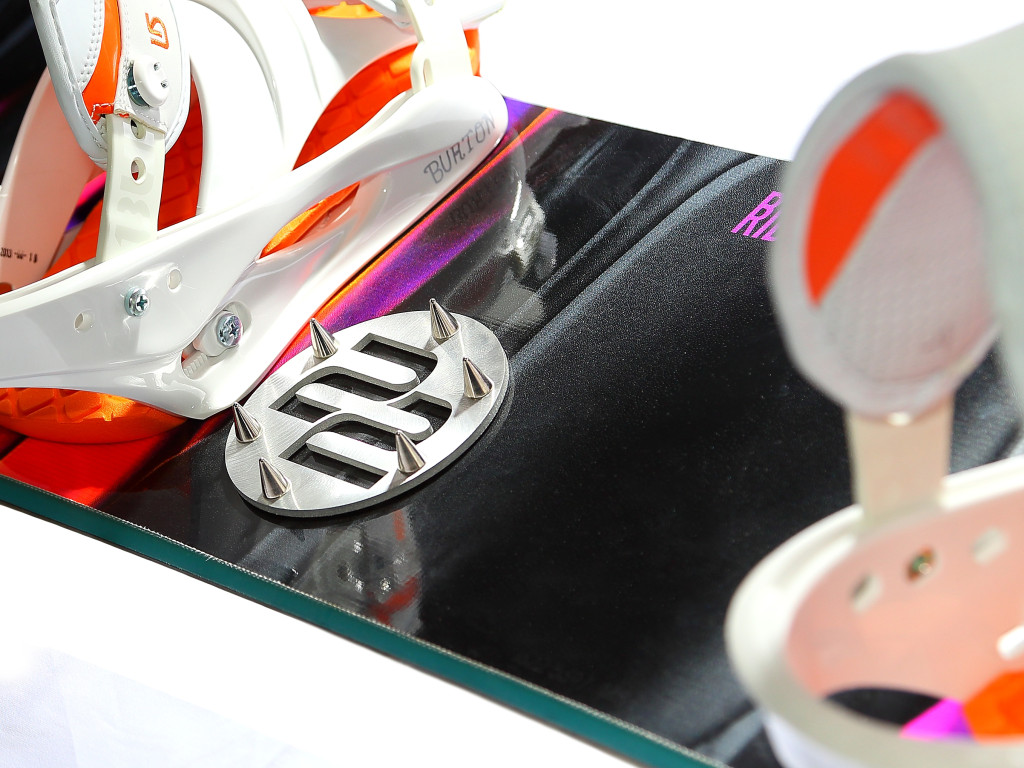 The spike pad is a great investment for beginners to practice their one footed riding so they can skate through the flats and lift lines with more ease and confidence. It is highly effective for entering and exiting all chairlifts, surface lifts, and T-bars. The spike pad is also effective for clearing ice and snow from your boot before strapping in and is also useful for advanced riders to execute one footed tricks and landings.

The spike pad is ideal for those who do not want to cover the graphics on their snowboards with one of the existing, ugly stomp pads. Our spike pads come in five great designs in several vivid colors. The X22 spike pad is the sturdiest, most functional, and best looking stomp pad ever invented. Be one of the first on the mountain to own the X22 spike pad, a great investment for all snowboarders.

As snowboarding has evolved over the last three decades, snowboarding equipment has dramatically improved, which has helped push the sport and the riders to new heights never achieved before.

Stomp pads or traction pads have been used since the early days of snowboarding, due to the fact that chairlifts were designed for skiers, not snowboarders. Us snowboarders are at a disadvantage because we can only have one foot in the binding on the way up, because we need to skate our way around the lift lines.

Most of the stomp pads made up until this point have been made out of plastic, rubber, of small metal studs. The problem with most stomp pads is that they ice over once you have made a couple of runs down the hill, which creates a little icy bump on your board where your foot could slip off.

X22 Snowboarding founder Joel Powell experienced this very thing when he broke his wrist in two places when he was getting off of the lift while using an ordinary stomp pad that was iced over. He then put his background in metal fabrication to work and created an all-metal stomp pad made from lightweight airline aluminum alloy and 1/2-inch (13mm) silver coated stainless steel spikes. These stomp pads are hand crafted and built to last.

These new stomp pads give snowboarders an unprecedented level of control and stability. The strategically placed spike patterns lock into the boarders boot and provide stability that no other stomp pad can offer. Also the concern of trashing the bottom of your boot is gone as well. Because of the softened tip and finish of the spike, the spike wont tear the boot up like some other aggressive pads.

In addition to superior functionality, the X22 Spike Pads also happen to look awesome too. With five bad ass designs (Brass Knuckles, Star, Biohazard, Heart, and our signature 22), and several different colts, you are sure to find the right stomp pad for your board. We also offer a metal finish stomp pad, which is an early favorite among boarders who have seen these amazing stomp pads.

The X22 Spike Pad is the next greatest innovation to snowboarding. We at X22 Snowboarding are sure that once you try these incredible stomp pads, you will agree that these are the greatest stomp pads ever made.