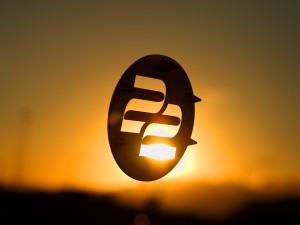 It has been said that necessity is the mother of invention. That certainly proved to be true for X22 CEO Joel Powell, who was new to snowboarding and was experiencing all of the pitfalls that beginners encounter. Foremost among them was getting off of the chairlift without falling. After trying to avoid a couple of fallen boarders ahead of him, Joel himself took a fall and broke his wrist in two places. He was using an ordinary plastic stomp pad that was covered in ice and snow after just one run down the hill, which essentially made it useless.

Armed with a background in metal fabrication and an artistic talent in making sculpture art from airline aluminum, Joel set out to make a more effective stomp pad to achieve stability. After making prototypes in several different designs and testing them on the slopes, he found the correct placement patterns of the spikes for each design through trial and error. Several years later, the X22 spike pad is here to take the snowboarding world by storm.

We have had a tremendous reaction from snowboarders who have seen the spike pad and we are sure you will too. X22 is in the developmental stages of making snowboards and you can trust that they will be made with the same expert craftsmanship.

This spike pad was made by a snowboarder and has evolved through years of testing, which makes us certain that we have made the most bad ass stomp pad ever invented – The X22 spike pad.