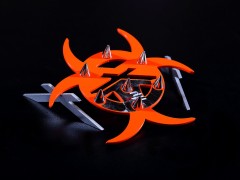 X22 Snowboarding, who are the makers of the best stomp pads for snowboards, are highlighting the top snowboarding destinations in the world. Grabunden, Switzerland is home to Laax, a ski and snowboarding destination located in the district of Surselva. Laax is part of the Weisse Arena Gruppe, which also includes the resorts of Flims  and Falera. Laax is the largest of the resorts. Laax has been highly regarded among European snowboarders for many years now, and it attracts many international riders every year.

There are 29 lifts which feed 235km. of pistes. There is  a good balance of easy, intermediate, and advanced terrain. Laax is known as one of the top freestyle resorts in Europe. There are four snowparks, two of which are world-class. The No Name Snowpark is home to the longest continuous halfpipe in the world, measuring out at 200 meters in length.

Laax is also home to the excellent Freestyle Academy, where riders can practice tricks and jumps in an indoor facility while landing safely in a foam pit. Laax has also hosted the Burton European Open snowboarding competition for over a decade. Laax also boasts a modern, efficient lift system, including several high-speed gondolas. Laax is one of the best snowboarding destinations in the world.