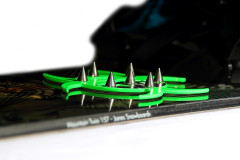 The Best Stomp Pads Ever Made X22 Snowboarding

X22 Snowboarding, who are the makers of the best stomp pads ever made, are highlighting the top snowboarding destinations in the world. Tyrol, Austria is home to Solden, a ski and snowboard resort located in the district of Imst. Solden is the biggest municipality in Austria. The permanent population of just over 3,400 (as of 2003) is dwarfed by visitors, of which there can be as many as 15,000. Solden reaches 3,000 meters in altitude, which is conducive to good snow conditions every season. Solden has grown from a small village into the third most popular Austrian tourist destination.

There are 33 lifts which feed over forty runs. There are 142 kilometers(93 miles) of boardable terrain. There is a good balance of easy, intermediate, and advanced terrain. Boarders can ride on two glaciers: Rettenbachferner and Tiefenbachferner, which are accessible from September through May. There is a terrain park as well.

Solden is renowned for its party atmosphere and incredible nightlife. It also offers snowboarders a massive amount of terrain, including Austria’s biggest glacial boarding area. There is also an efficient high-speed lift system which give boarders spectacular views as well. Solden is one of the best snowboarding destinations in Austria.

X22 Snowboarding Makes The Best Stomp Pads On The Market 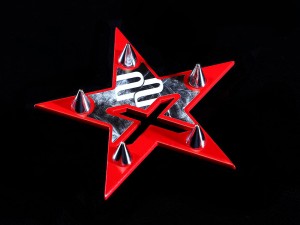