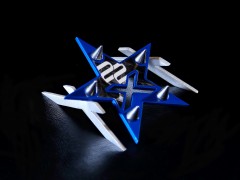 X22 Snowboarding, who are the makers of custom snowboard stomp pads, are highlighting the top snowboarding destinations in the world. Savoie, France is home to Tignes, a world renowned ski and snowboard resort located in the Rhone-Alpes region. Together with Val d’Isere, Tignes is part of the Espace Killy ski and snowboarding area, which has over 300km. of boardable terrain within an incredible alpine setting.

Tignes has 47 lifts, including a funicular railway, which feed over 60 well-pisted runs. There is a good balance of easy, intermediate, and advanced terrain. The lift system is equipped with many high speed six and eight rider chairlifts, and the funicular is the fourth largest in the world. There are several terrain parks and a halfpipe as well.

Tignes presence on the Grande Motte Glacier allows the resort to offer snowboarding almost year-round, and has several runs that reach heights over 3400m high. There are over a hundred snow cannons which make over 450,000 square meters of artificial snow annually. Tignes has been snowboarder friendly since the early days of the sport and continues to embrace the snowboarding culture. Tignes is a world class resort in a spectacular setting and is one of the best snowboarding destinations in the world.

The Next Generation Of Snowboard Stomp Pads 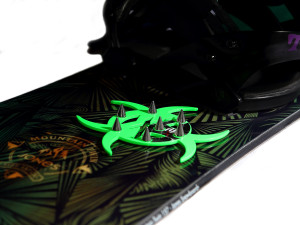