X22 Snowboarding, who are the makers of the X22 Stomp Pad, are highlighting the top snowboarding destinations in the world. Mammoth Lakes, California is home to Mammoth Mountain Ski Area, a ski and snowboard resort located in the Inyo National Forest. Mammoth Mountain is the highest mountain resort in California, with an elevation of 11,053ft. at the summit. This is conducive to a long snowboarding season which sometimes lasts all the way until July. This resort is renowned amongst snowboarders for its world-class terrain parks and halfpipes.

The Best Stomp Pad Ever Made. Ever.

Go to X22snowboarding to see the newest innovation to the stomp pad: the X22 Spike Pad. This incredible, all-metal stomp pad is equipped with 1/2 inch silver-coated stainless steel spikes, which give snowboarders an unprecedented level of control and stability when getting off of the chairlift. You have never seen or used a stomp pad like this before. This stomp pad was made by a snowboarder, and have been tested by snowboarders for years. They come in several rad designs and finishes and look great on any snowboard. Go to X22snowboarding.com to get your new stomp pad. 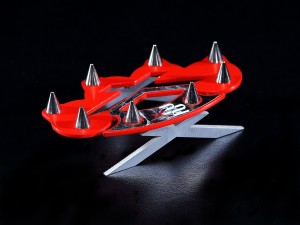